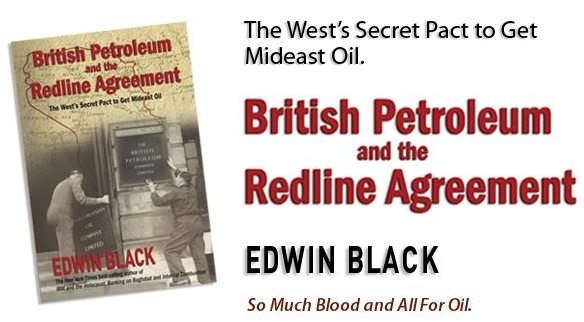 IMPRESSIVE. METICULOUS. Black’s impressive analysis, which included looking at more than 50,000 original documents and hundreds of scholarly books and articles … explains why the West’s record in the region so complicates nation-building there today.
– Richard A. Clarke, Washington Post Book World

POWERFUL. EVOCATIVE. TAUT. Edwin Black’s powerful new study is solid and evocative throughout. For those interested in business history, his study of the relationship between commercial and political interests, especially the company that eventually became British Petroleum, is well worth the price of admission. There’s also ample material to draw from to consider the future path of Iraq … Black is committed, if not obsessed, with hyper-intensive research and documentation. His books are copiously footnoted and referenced. Given the seriousness and scope of the subjects, this is an absolute necessity.
– Richard Pachter, Miami Herald

CORRUPTION AND MACHINATIONS. The story of petroleum and oil exploration should be one of entrepreneurial glory. Instead, the more we learn about the corruption and machinations employed by British Petroleum and its industry cohorts, the more we realize that we have been the victims of an addictive, war-made subjugation for over 100 years.
– Marc J. Rauch, The Auto Channel

How did the West get Middle East Oil? This tense chronicle of the international deceit and strong-arm tactics of men, oil companies, and governments is laid out in a revealing minute-to-minute drama. Massive research supports this unforgettable revelation by master of corporate investigation Edwin Black. In its pages, Black introduces readers to the little-known Calouste Gulbenkian and publishes the previously unseen and secretive Redline Agreement that parceled out Mideast oil.

The author had unprecedented access to corporate oil archives, and dogged excavation of hidden fact. British Petroleum and the Redline Agreement was praised in the in Middle East Quarterly as “a gripping story,” and in The Montreal Gazette as “fascinating history” and for being responsible for changing the conversation about oil.

BP and the Redlne Agreement is available from Amazon, Amazon-CA, Amazon-UK, B&N, and other fine booksellers worldwide. Investigative journalist and historian Edwin Black is the author of Banking on Baghdad, BP and the Redline Agreement, The Farhud, Financing the Flames, IBM and the Holocaust, Internal Combustion, Nazi Nexus, The Plan, The Transfer Agreement, War Against the Weak, and a 1999 novel, Format C: